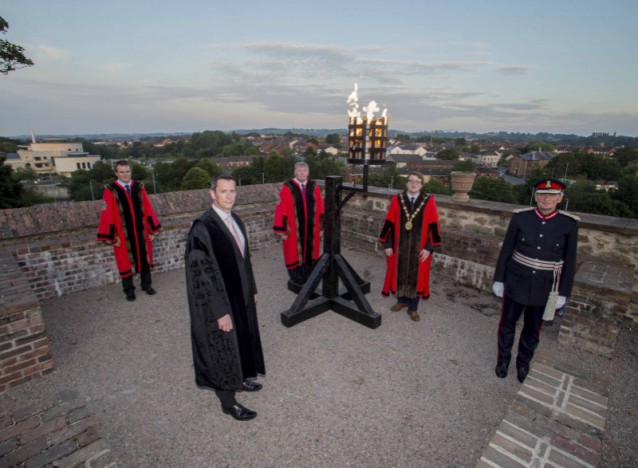 Lisburn & Castlereagh City Council commemorated the 75th Anniversary of VJ Day on Saturday 15th August with an event at sunrise and one at sunset.

Mayor Councillor Nicholas Trimble joined a piper in the historic Castle Gardens at 6am to mark the conclusion of World War Two 75 years on.  The piper played Battle’s O’er as a fitting tribute to the veterans of VJ Day at the same time as other nations across the world.

In the evening, a beacon was lit by the Mayor and the Lord Lieutenant of County Antrim, Mr David McCorkell.  A selection of community and elected representatives from across Lisburn Castlereagh were in attendance.

The Mayor, Councillor Nicholas Trimble, speaking about VJ Day 75 said: “While restrictions remain in place we felt it was important to bring members of our community together to mark the end of the deadliest military conflict in history.  The short event was a service of remembrance to those who served and lost their lives in the war.

“As Mayor it was an honour to lead this poignant occasion marking the successful unity of the Allied armed forces during a war that lasted six years and one day.  On the 15th August 1945 Japan officially surrendered and the Allied armed forces began preparations to return home. This long battle took the lives of 20 million military personnel and 40 million civilians, many of whom died from deliberate genocide, massacres, mass-bombings, disease, and starvation.

“Today the Lisburn Castlereagh community experiences freedom because of our dedicated war heroes who fought for both their generation and future generations.  The beacon lighting in Castle Gardens was a restricted gathering but each person represented a family. They brought with them the respect, gratitude and wishes of their loved ones to pay tribute to those who served and sacrificed.”

Alderman Paul Porter, Corporate Services Committee Chairman, added: “As a council we are supportive of the selflessness of both serving armed forces personnel and veterans.  It is important that milestones like VJ Day 75 are marked. It signifies the silencing of rifles, artillery and bombs that were heard across several continents.  It was humbling to attend a beacon lighting to shine a light above our city in remembrance of the 75 million people who died during the Second World War.  I would like to thank the families of those who served and those who sacrificed their lives during this war for the service of their loved ones.”

The Union Flag flew at Lagan Valley Island on the 15th August to mark the day of remembrance and thanksgiving for the Second World War generation. 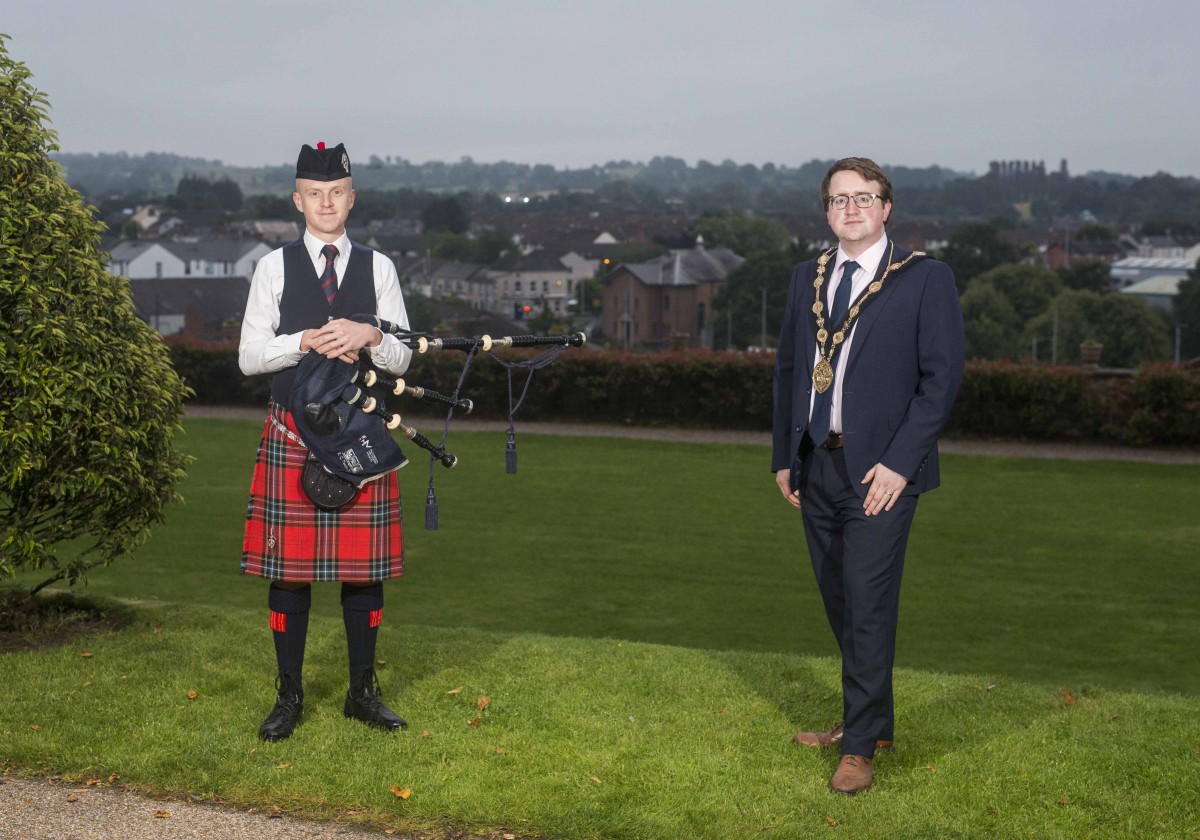