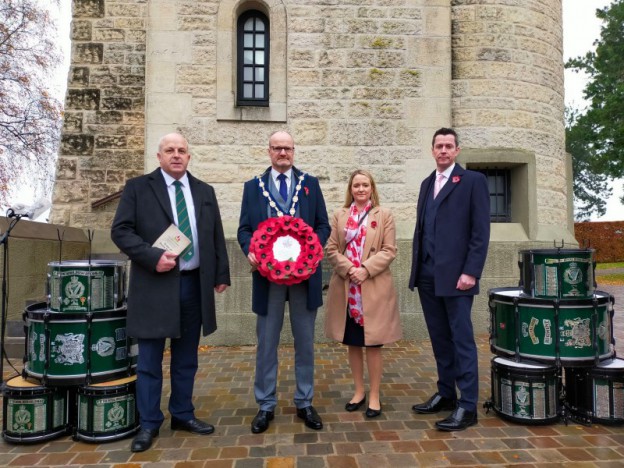 Representatives from Lisburn & Castlereagh City Council have attended a commemoration service for the 100th anniversary of the Ulster Memorial Tower today.

Deputy Mayor Councillor Tim Mitchell said: “It is a real privilege to be here today for this special occasion and I am delighted that Lisburn & Castlereagh City Council is represented.

"It was truly an honour for me to lay a wreath on behalf of the Council  and the people of Lisburn and Castlereagh to remember over 5,000 soldiers who lost their lives in this spot.

"On this day 100 years ago, the Ulster Tower was opened. It is a memorial that commemorates those from Ulster who fought and died in the First World War. Today we remember them and their sacrifices."