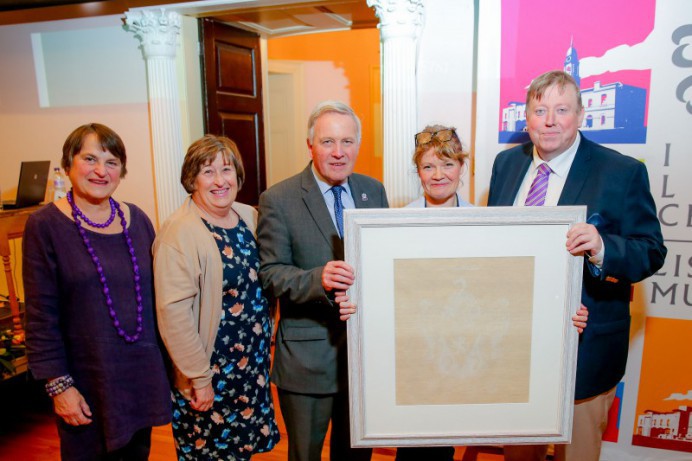 Suzanne Higgott, a curator at the Wallace Collection, spoke to a packed house on the life and work of Sir Richard Wallace (1818-90) at the Irish Linen Centre & Lisburn Museum on Wednesday 29th November 2018.  The lecture was part of both the Museum’s hugely popular autumn talk series, and the final event in the Council-wide programme marking the bicentenary of the birth of Wallace.

The Wallace Collection is one of the great collections of art and antiquities and was bequeathed to the nation and opened as a museum in London in 1900.  In marking Sir Richard’s bicentenary the Council presented Suzanne, on behalf of the Wallace Collection, with a unique framed damask napkin, featuring the Wallace crest, and woven in the Museum’s weaving workshop.

In presenting the napkin Alderman Paul Porter, Chair of the Council’s Leisure and Community Development Committee, said “Lisburn is famous for the weaving of damask linen and it is my pleasure tonight to present this napkin to Suzanne and the Wallace Collection in recognition of the esteem the people of Lisburn hold for the memory of Sir Richard Wallace.

"The Irish Linen Centre is the only museum on the island of Ireland where the tradition of handloom weaving of damask is kept alive.  It is fantastic that Lisburn’s very own weavers have produced this napkin, and that it will find a home at the Wallace Collection, London.” , he said.

In receiving the napkin Suzanne Higgott, author of a new biography of Sir Richard Wallace, commented that “The napkin is a beautiful and meaningful commemorative piece, reflective of this very special year, and I am delighted to receive it on behalf of the Wallace Collection.”

Suzanne, in her appreciation for the “museum’s superb Sir Richard Wallace exhibition”, welcomed news that the display had been extended until April 2019.

‘The Sir Richard Wallace Exhibition: Life and legacy of a philanthropist, art collector and landlord’ is open Monday to Saturday, 9.30-5pm. 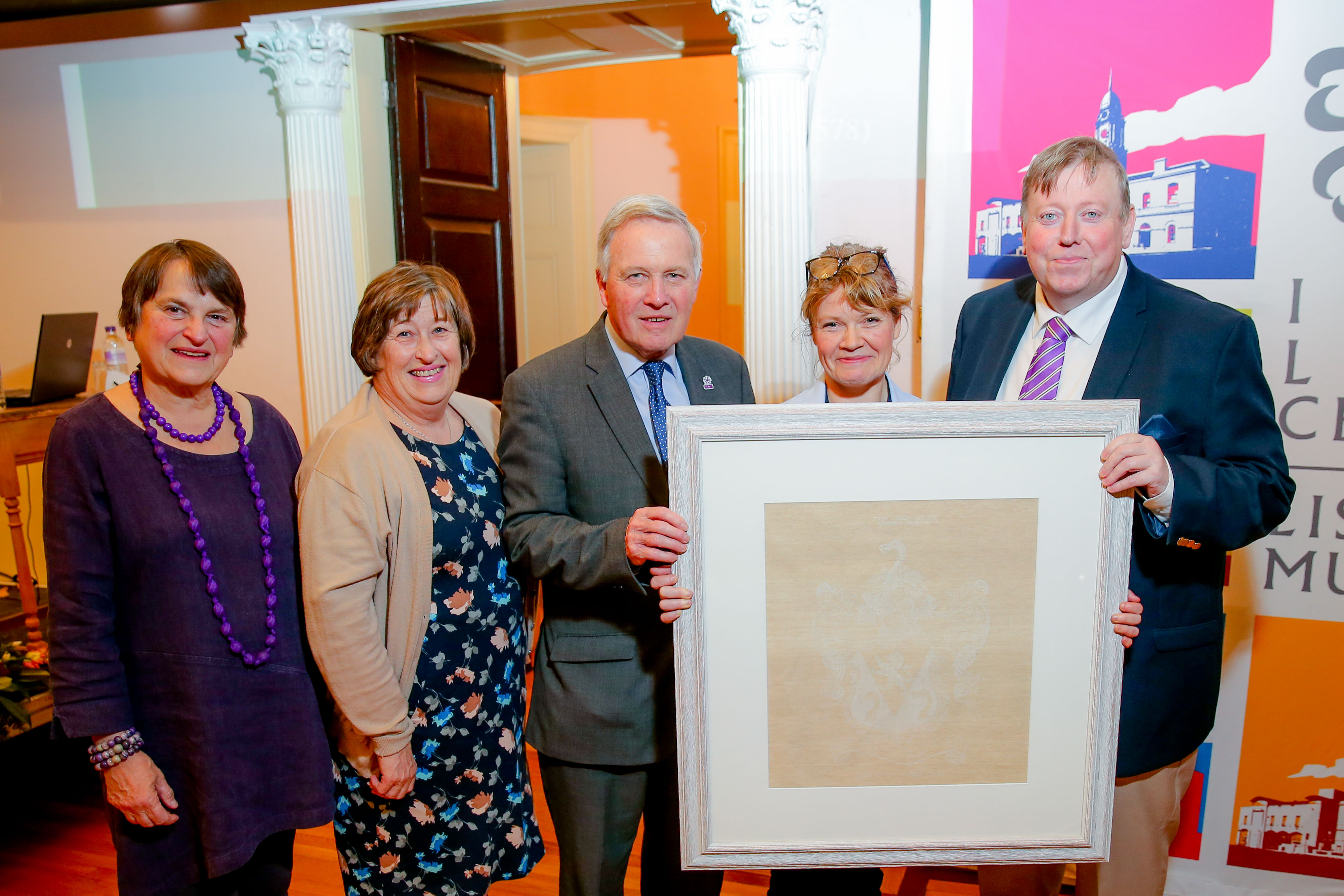 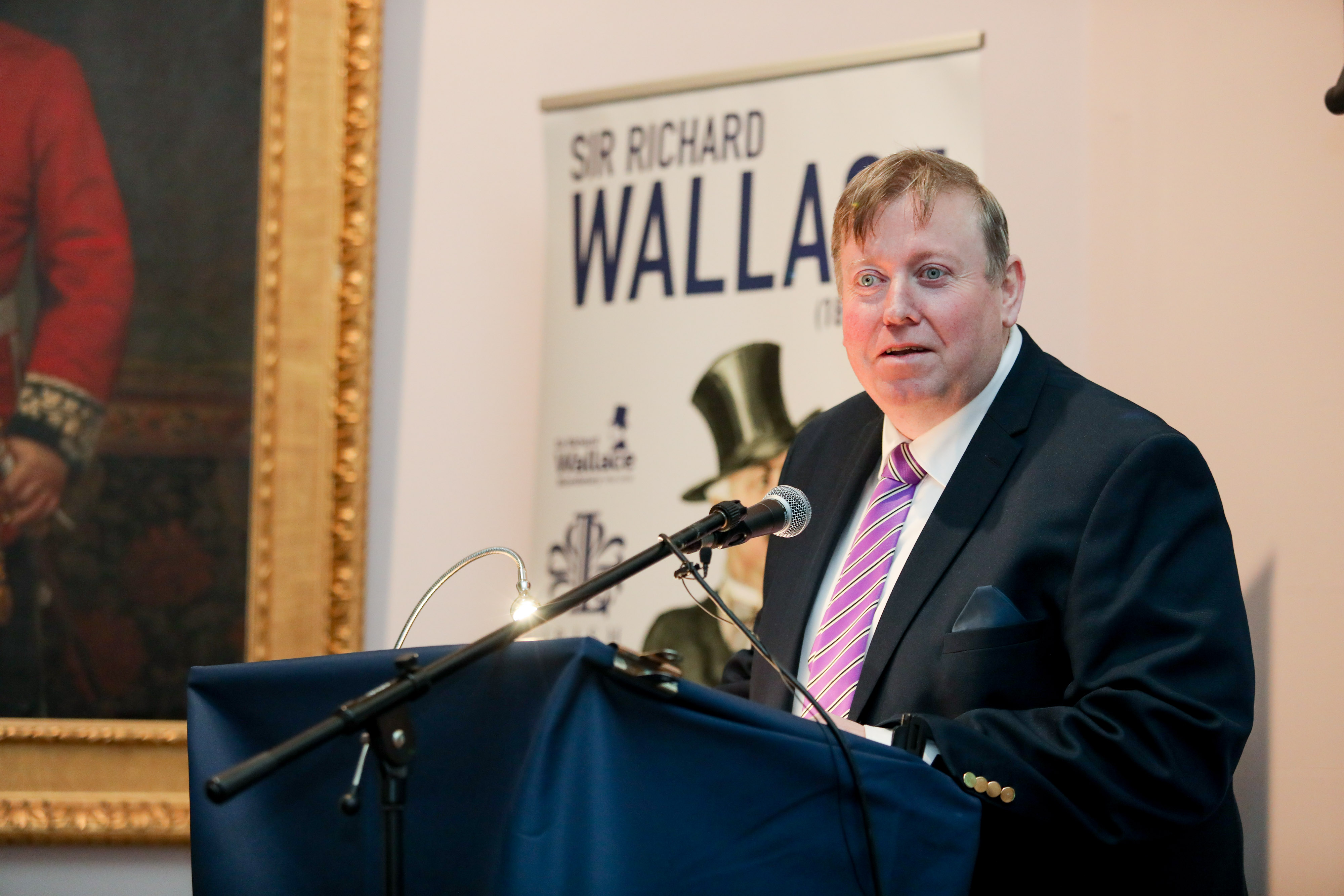 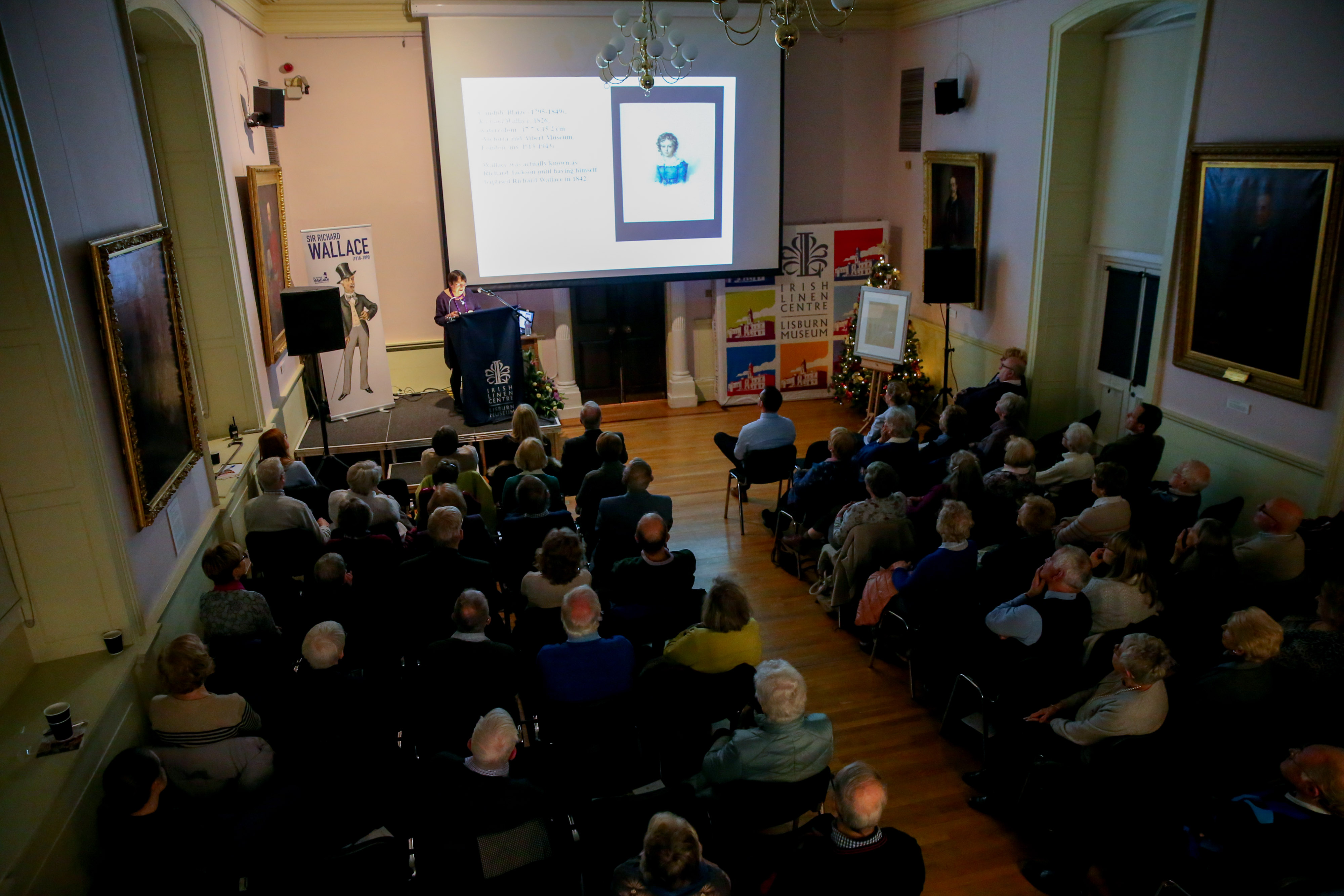 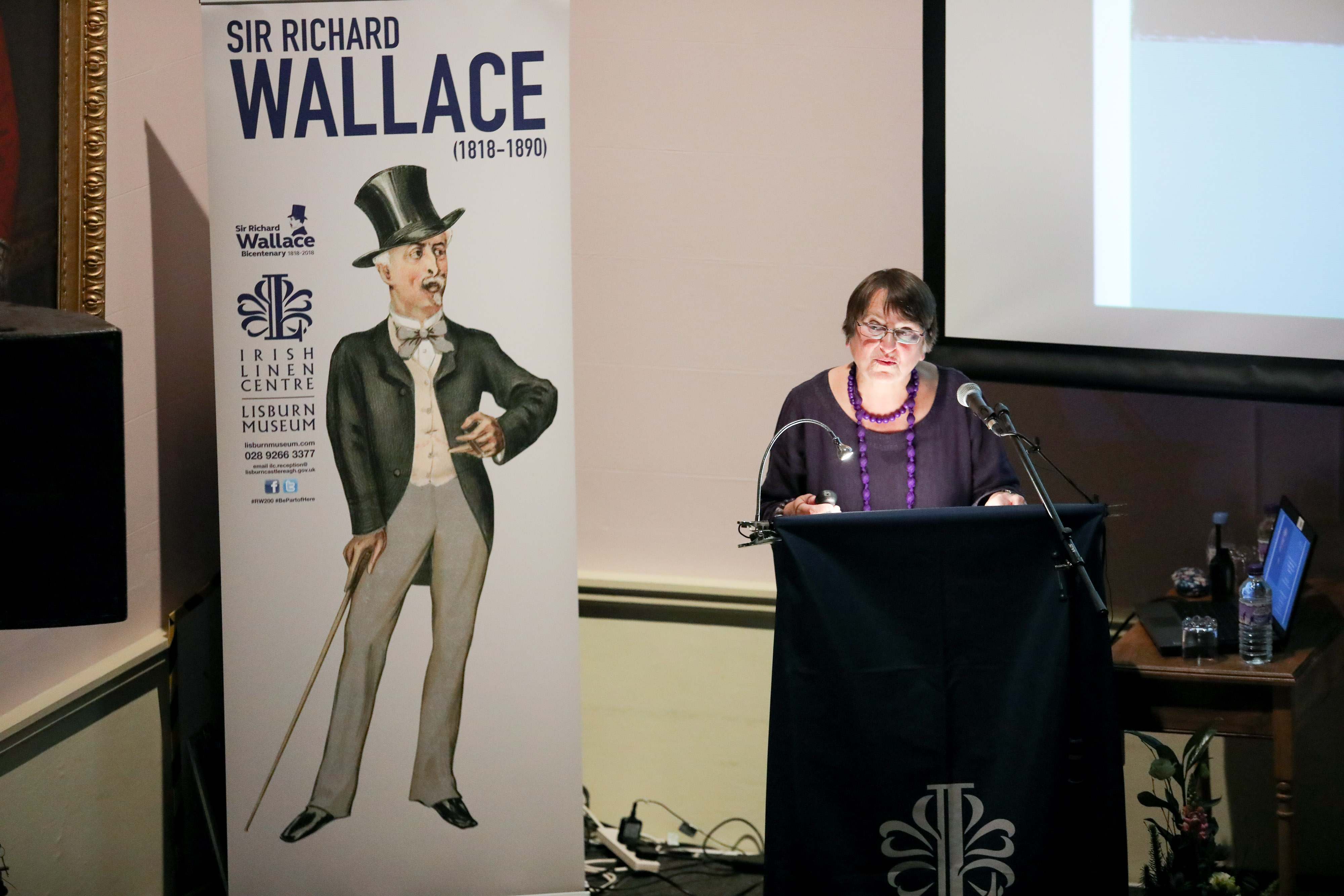 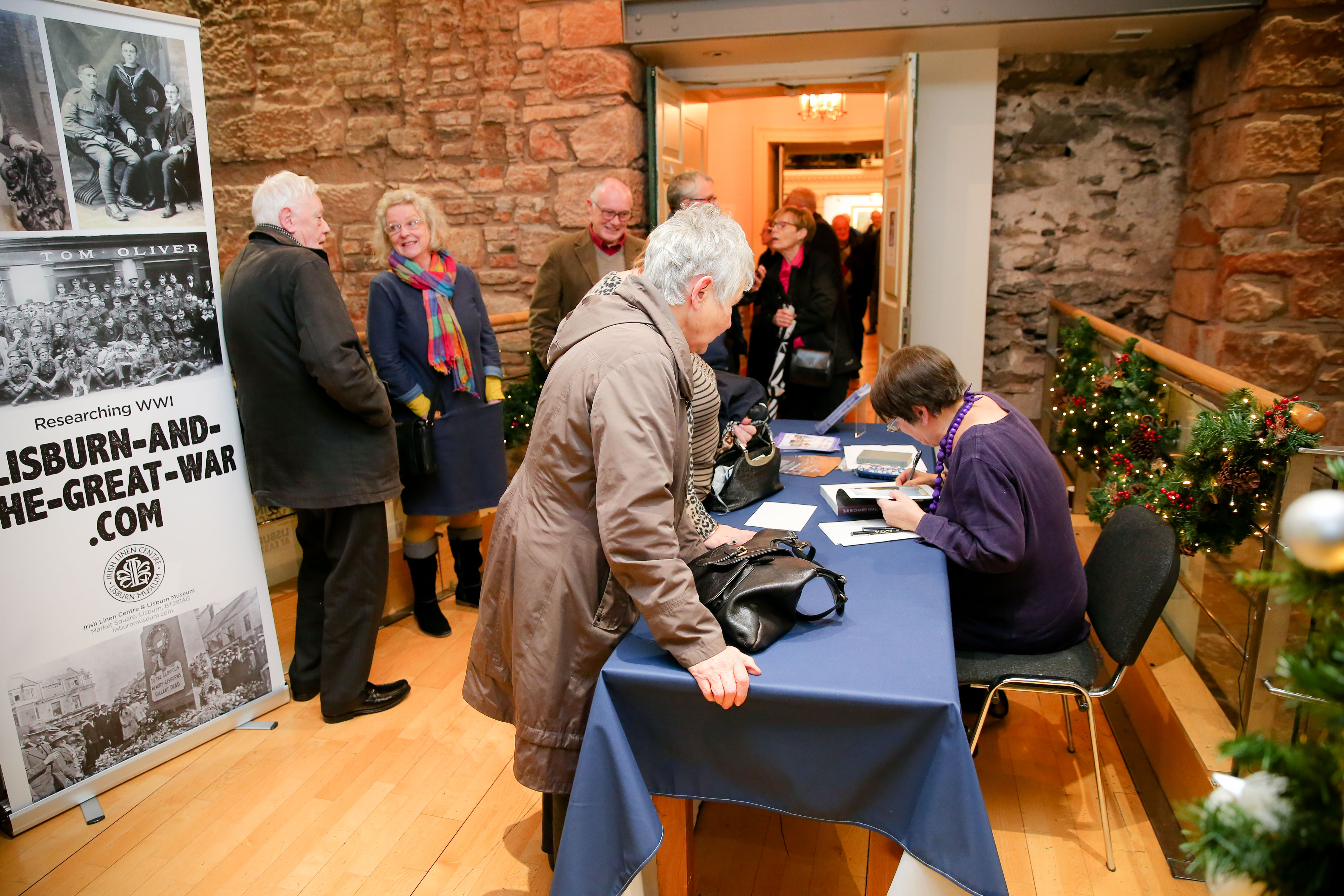