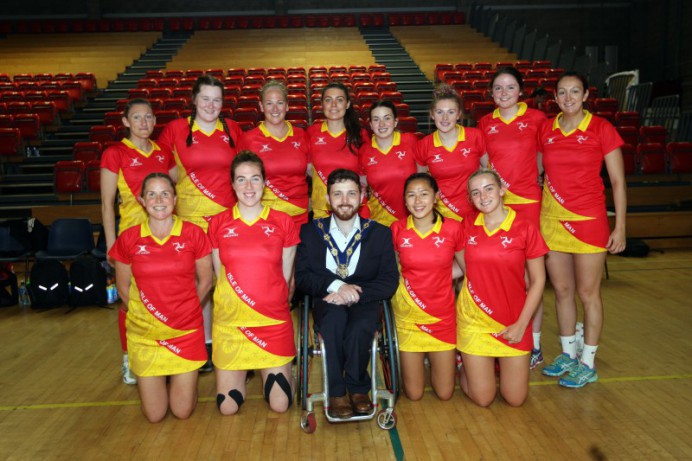 Saturday 29th June saw the NI PwC Warriors take to the court on home soil for the last time before heading off to the Netball World Cup.

Supported by Lisburn & Castlereagh City Council, Netball NI was able to invite the Isle of Man team to Lisburn Racquets Club for three days of competition that included matches against the PwC Warriors, NI U21’s and local club Larkfield.

Saturday’s match was the highlight of the weekend as local supporters and some Manx Rams supporters got behind the teams in what was a fast paced match, showcasing the speed and power of the Warriors and the tenacity of the Rams.

“It’s great to see new teams coming to the city and bringing supporters with them. To have international netball hosted in Lisburn this close to the Netball World Cup is exciting for everyone and we wish the PwC Warriors every success in Liverpool.”

“In this final weekend before our squad leave for their pre-games camp, it’s crucial to get court time for our players against different styles of netball; and playing Isle of Man over the two days allowed our coaching team the opportunity to work on some of the finer details. We couldn’t have hosted this event without the support of Lisburn & Castlereagh City Council so it was great to have Councillor McCarthy along to meet the teams.”