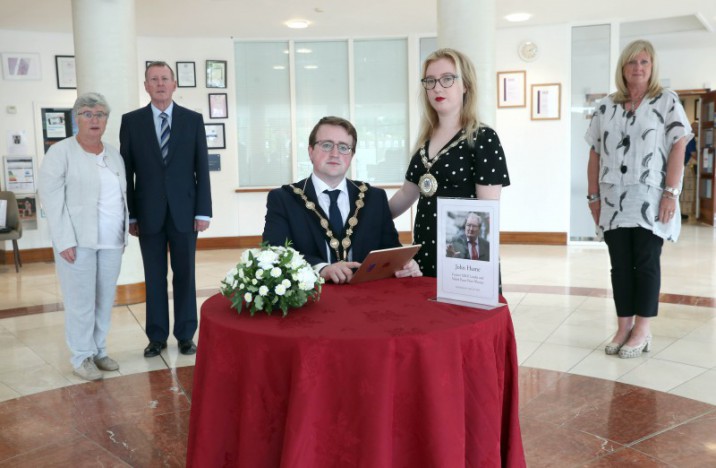 John Hume will be remembered as one of the highest-profile and most influential politicians in Northern Ireland. He was a founding member of the SDLP and went on to lead the party from 1979 until 2001. Mr Hume played a significant role in driving forward the peace process and following the 1998 Good Friday agreement, he was awarded the Nobel Peace Prize.

Mr Hume also served as a member of the European Parliament (MEP) for more than 25 years and held a seat in Westminster as an MP for nearly 22 years.

The Mayor was the first person to sign the online Book of Condolence and said:

“It is with a sense of deep sadness that I mark the passing of John Hume. Northern Ireland has today lost one of its greatest statesmen and I wish to pass on my sincere condolences to his wife, Pat and the whole family circle.

“John Hume devoted his whole political career to promoting peace and building a more prosperous society for all of us to enjoy. He never strayed from this ideal, no matter how difficult the path became. It is because of people like John that Northern Ireland is at peace.

“I had the pleasure of meeting John and his wife Pat on several occasions following the Good Friday Agreement. I was only around twelve or thirteen years old, yet I fondly remember John and Pat both being so friendly and making me feel at ease. I may not have fully appreciated the extent of the political heavy-lifting at the time but I certainly appreciated John and Pat’s kindness and how they took the time to make a young boy feel welcome and included.

“John had all the hallmarks of a great politician and of a good man. I am deeply saddened to learn of his passing and I know that today, Derry / Londonderry and indeed all of Northern Ireland has lost one of its greatest sons.”

The Book of Condolences is now available online for anyone who wishes to leave a message. 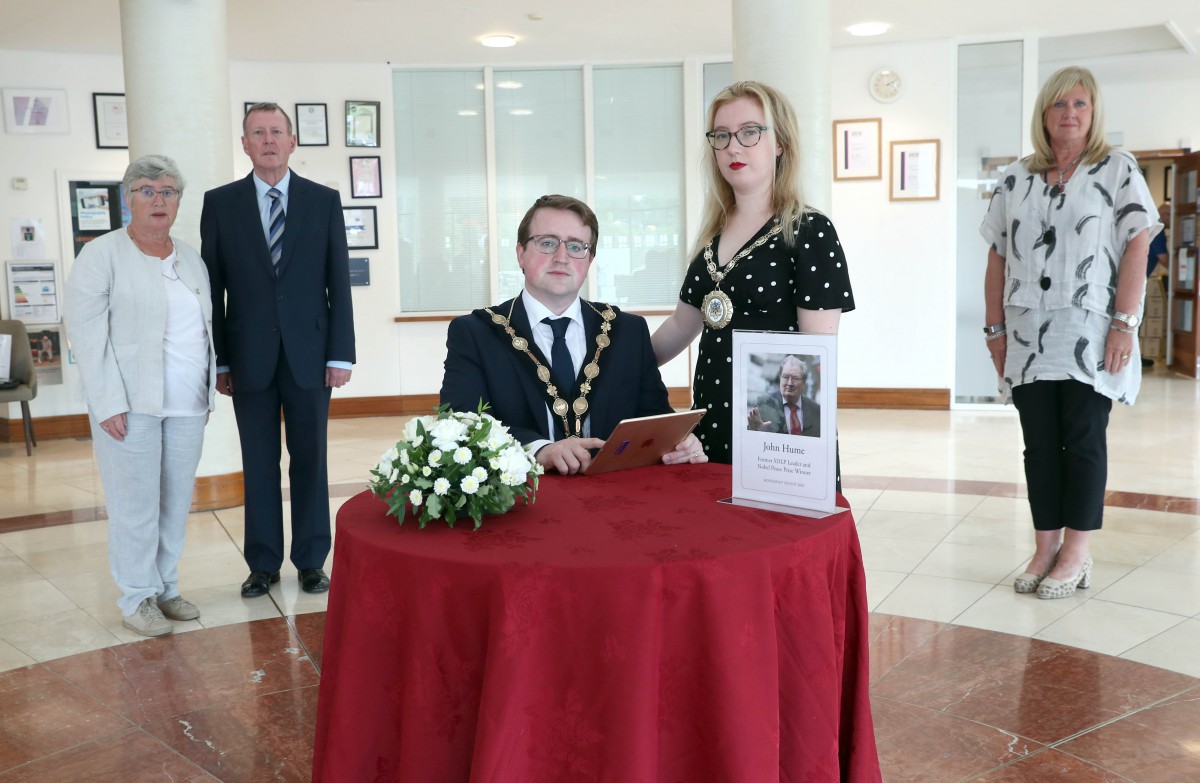 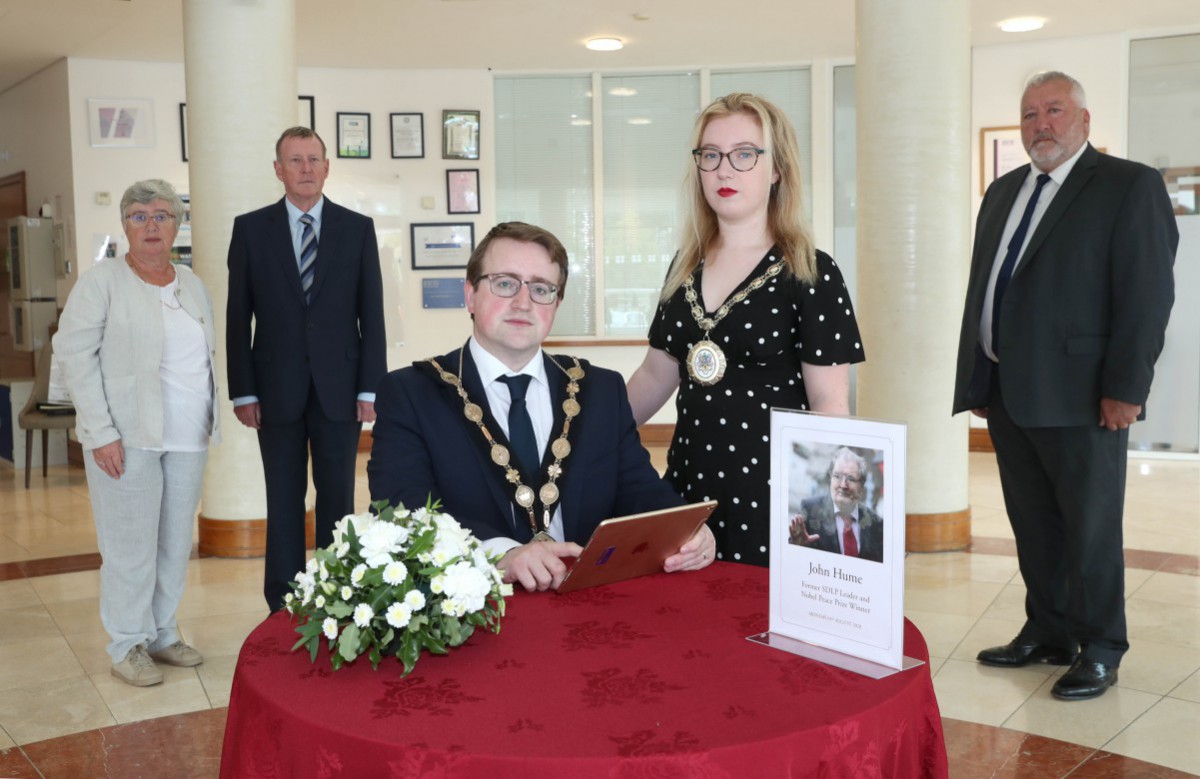