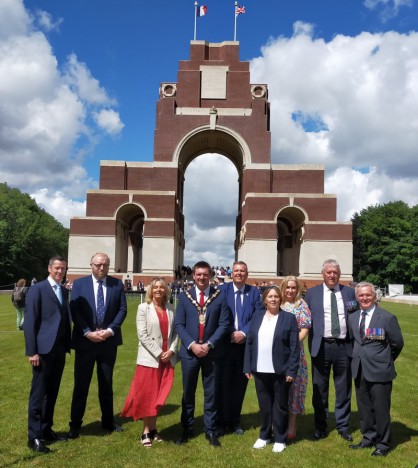 On day one, the delegation visited a memorial for Canadian soldiers who fought the Battle of Vimy Ridge in April 1917.

Next was a visit to the largest cemetery for Commonwealth soldiers in the world at Tyne Cot Cemetery where there are around 12,000 graves, many belonging to unknown soldiers.

The day finished with the laying of a wreath on behalf of the council at Menin Gate Memorial to the Missing to remember British and Commonwealth soldiers whose graves are also unknown.

On the 1st of July, the anniversary of the beginning of the Battle of the Somme, the cross party delegation attended two Somme Association Remembrance Services and a Commonwealth Service of Remembrance.

Day two began by laying a wreath at Thiepval Memorial, which is dedicated to the Missing. Over 72,000 soldiers from the United Kingdom and South African forces are laid to rest here. The memorial also serves as an Anglo-French Battle Memorial.

The group also visited Martinsart and Authuile Cemeteries where over 750 soldiers lay including 10 from Royal Hillsborough before a visit to the Ulster Memorial Tower in Thiepval. The Tower honours the 36th Division and all of those from Ulster who served during the First World War.

The visit will conclude on day three by paying respects at Lochnagar Crater which has been preserved as a memorial site for all of those who have suffered during War and a service is held every 1st of July for the Battle of the Somme.

This will be followed by visiting Beaumont-Hamel Newfoundland Memorial. The site is the largest area from the Battle of the Somme that has been preserved and remembers the Newfoundland Regiment that were all killed during World War One. 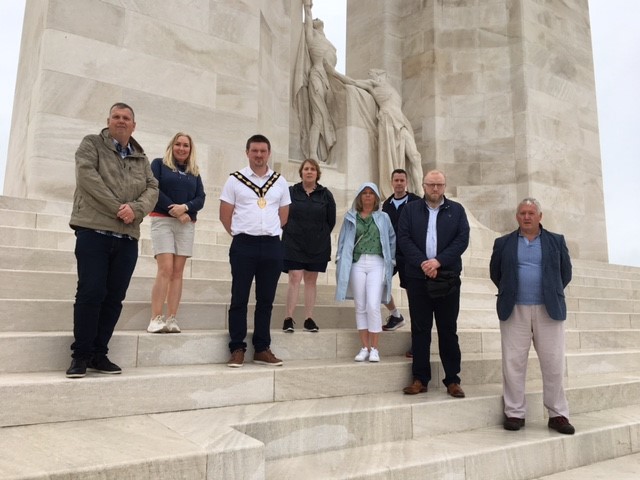 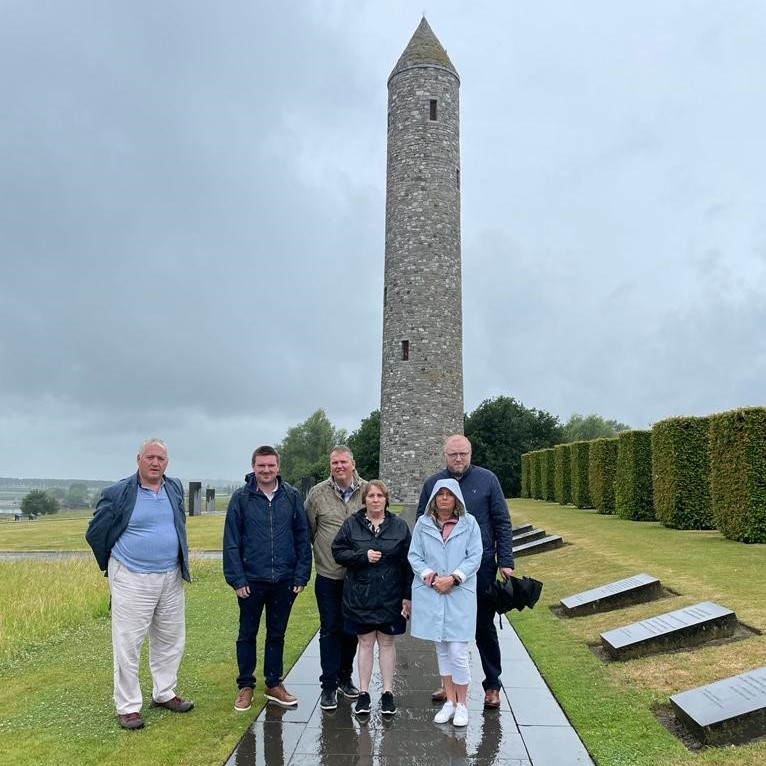 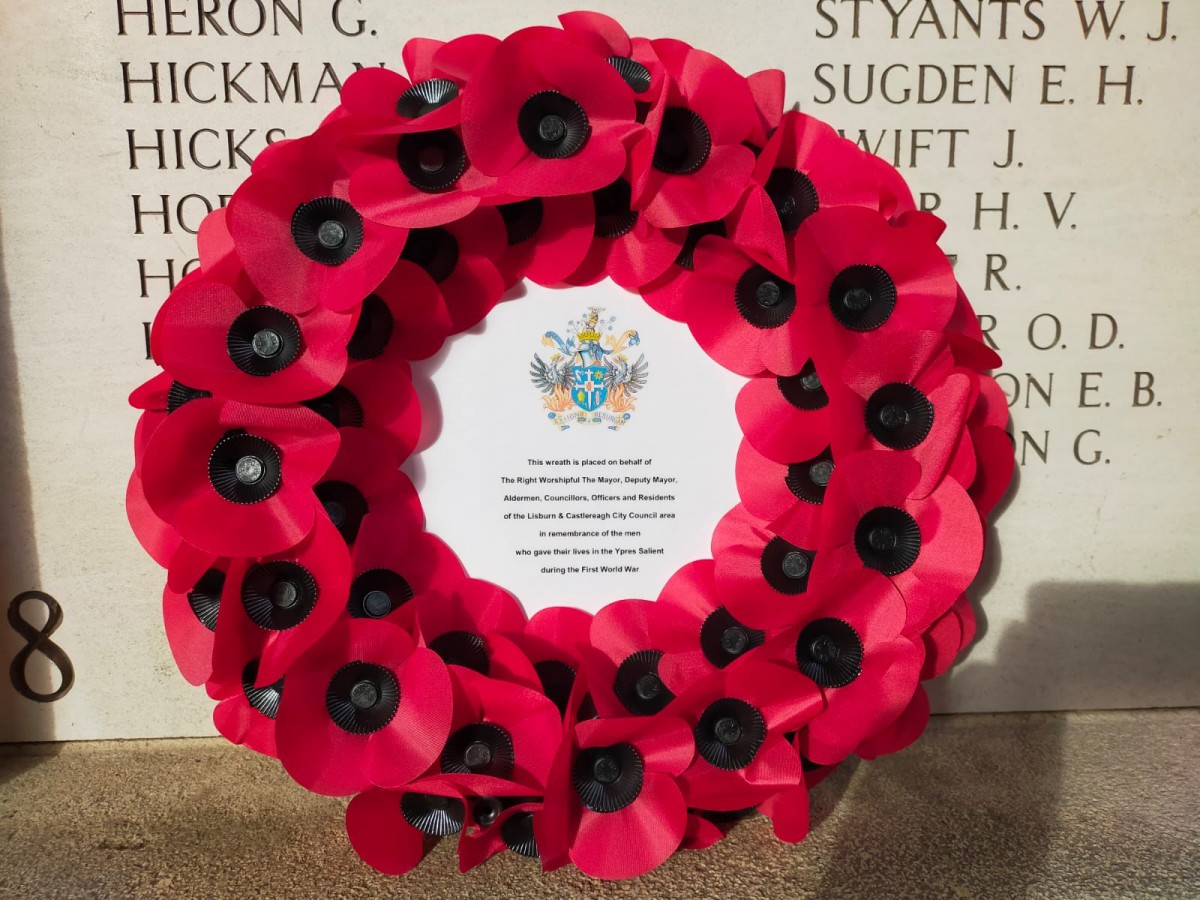 Caption: The wreath laid at Menin Gate Memorial to the Missing 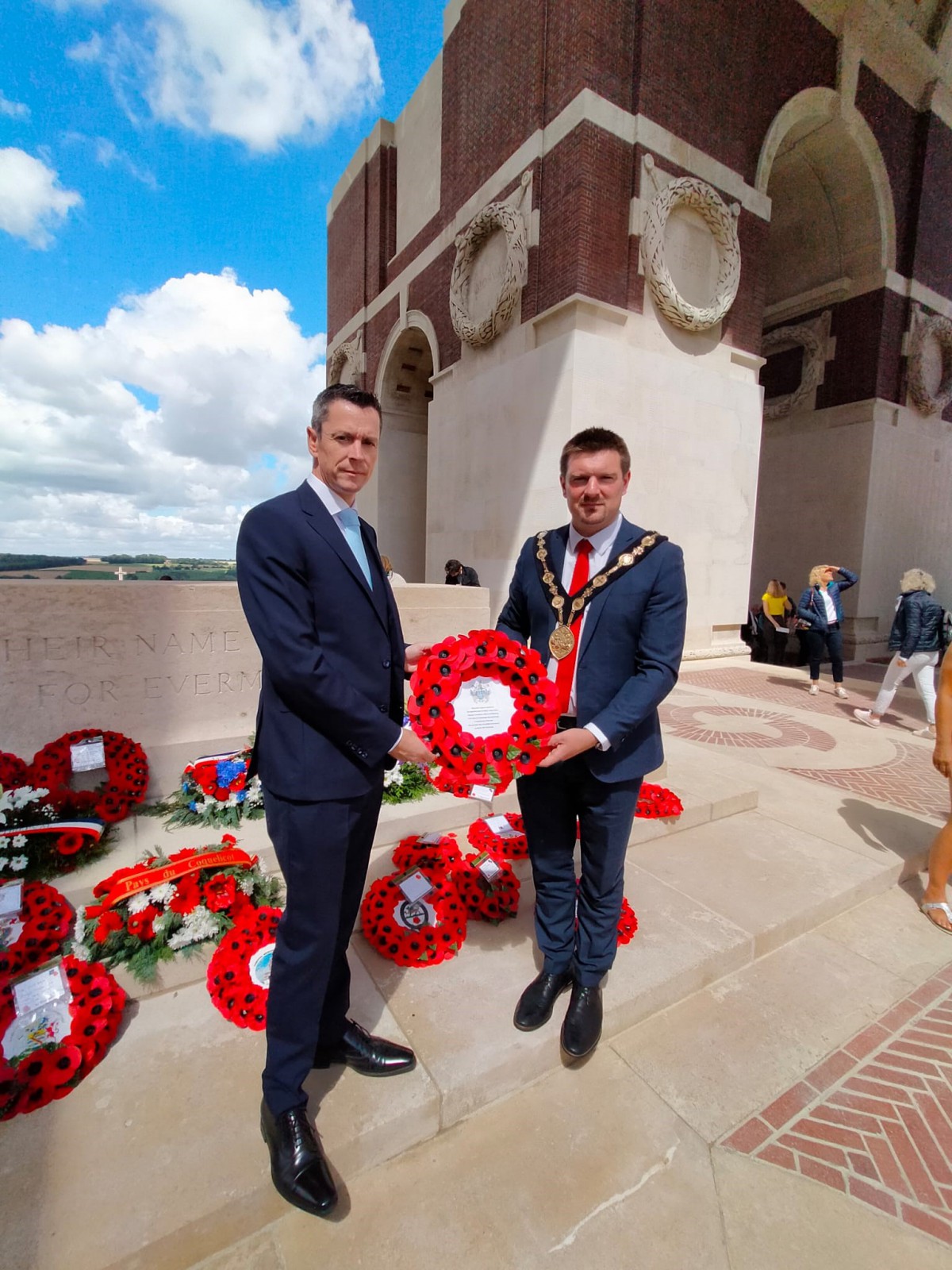 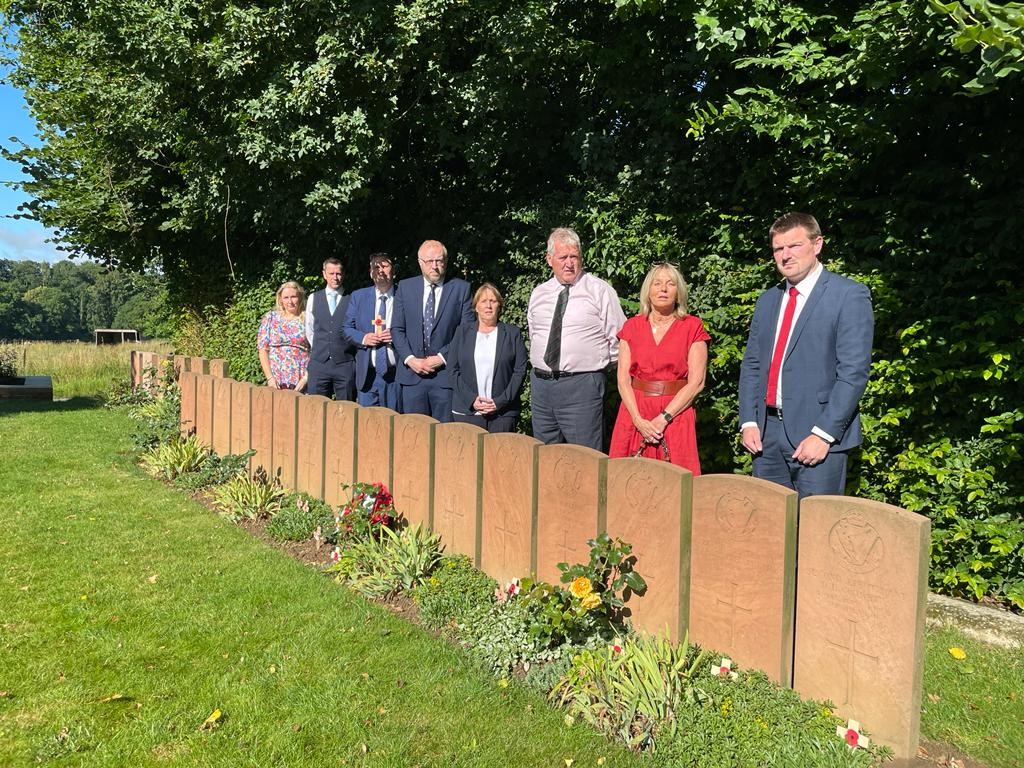 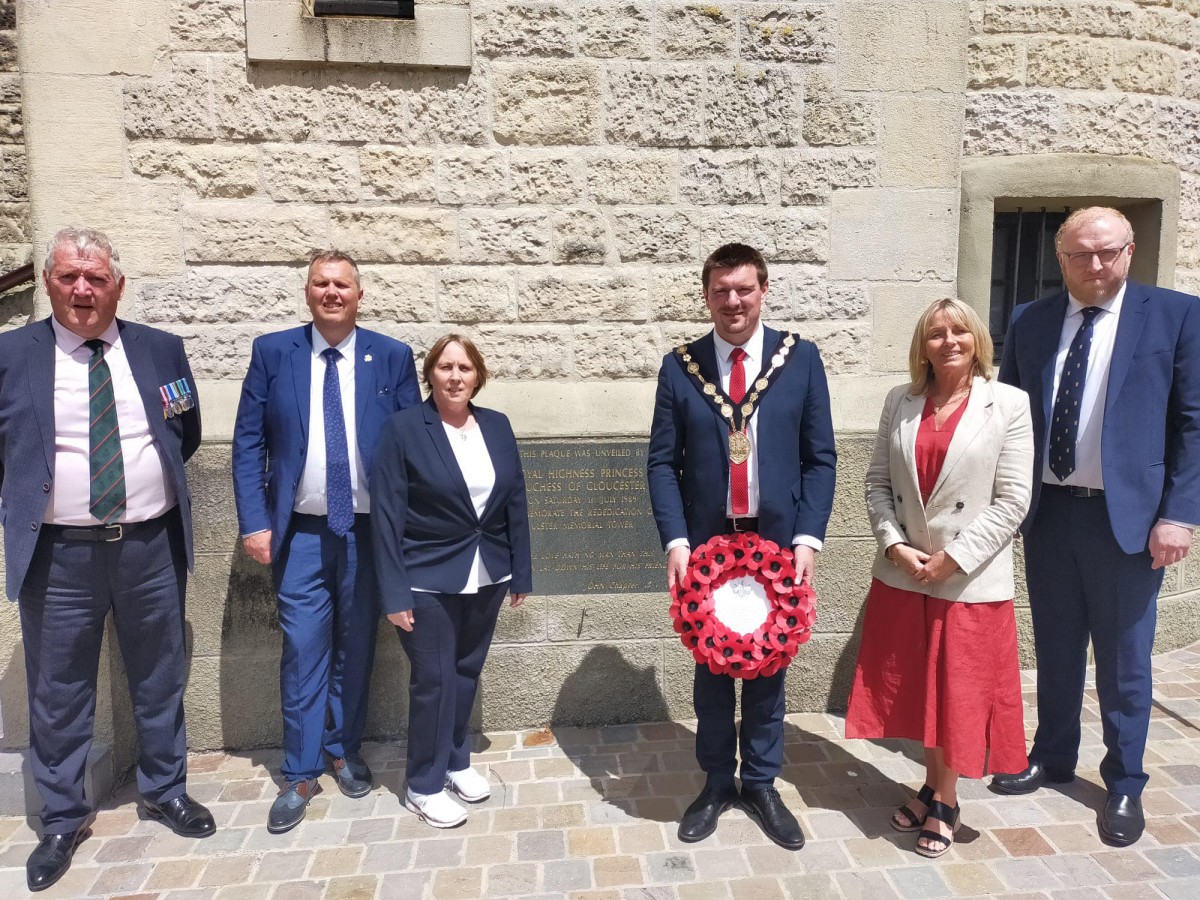 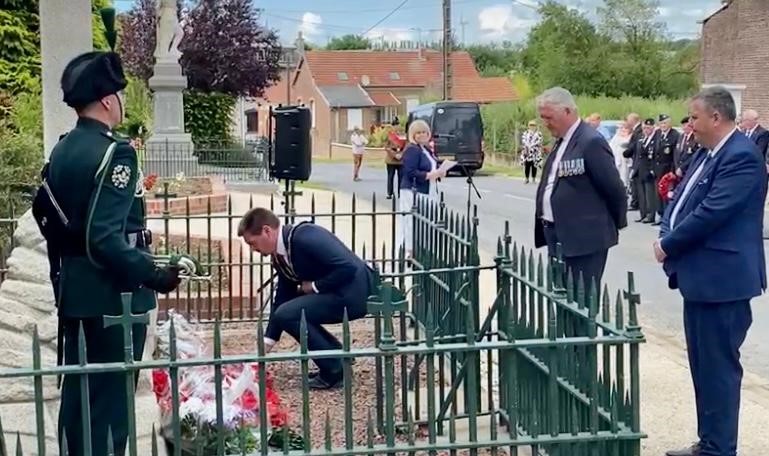 Caption: (L-R) Mayor Cllr Scott Carosn, Cllr Alex Swan, Cllr Andrew Ewing lay a wreath at at the Guillemont memorial site to honour those from across the Island of Ireland who fought in the Battle of the Somme.