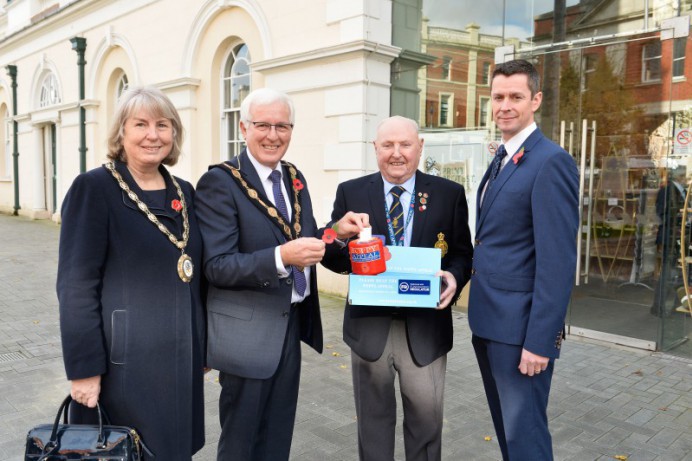 Mayor appeals for Residents to support the Poppy Appeal

As Remembrance Sunday approaches, the Mayor of Lisburn & Castlereagh City Council, Councillor Alan Givan would like to appeal to residents throughout the Lisburn and Castlereagh area to support the Royal British Legion’s Poppy Day Appeal.

The Mayor, speaking at the launch of the 2019 Poppy Appeal, said: “Every year the residents of Lisburn and Castlereagh show unwavering support for this worthwhile cause and I would like to appeal for their continued generosity again this year in supporting the Poppy Appeal.

“I believe it is important to acknowledge the bravery of our Armed Forces, both veterans and serving personnel.  The British troops serve alongside other nations to provide a more stable and secure environment to help ensure the safety of both of those living across the world.

“The Council recognises the dangers faced by those fighting in battles on foreign soil and the reported loss of human lives and the infliction of serious injuries humbles us, in the face of such bravery, camaraderie, and dedication to duty.  Any injuries received by the brave personnel in battle results in an increased demand on the services provided by the Royal British Legion, so please give generously to assist this worthwhile cause,” said Councillor Givan.

The Royal British Legion is the UK’s leading charity providing financial, social and emotional support to millions who have served or are currently serving in the Armed Forces, and their dependants.  Thanks to the continued support from Lisburn, Castlereagh and other towns and cities throughout the UK, they can continue to provide their services.

Councillor Givan added: “The Poppy Appeal provides people with a tangible way in which they can express their gratitude to those individuals who have fought selflessly for the safety of others and I’d like to thank all our residents who continue to support this very special Appeal.

“I would like to extend my thoughts to those who are grieving or who have suffered a loss, as Remembrance Sunday approaches.  This is a very poignant time of the year.

"Elected representatives will join the National Service of Remembrance in Lisburn hosted by the Lisburn Branch of the Royal British Legion next Sunday morning at Lisburn War memorial to lay a wreath as a mark of remembrance for those servicemen and women who have lost their lives through war.  We would like to see members of the public attend this Remembrance Service and pay their respects alongside us on this solemn occasion,” he concluded. 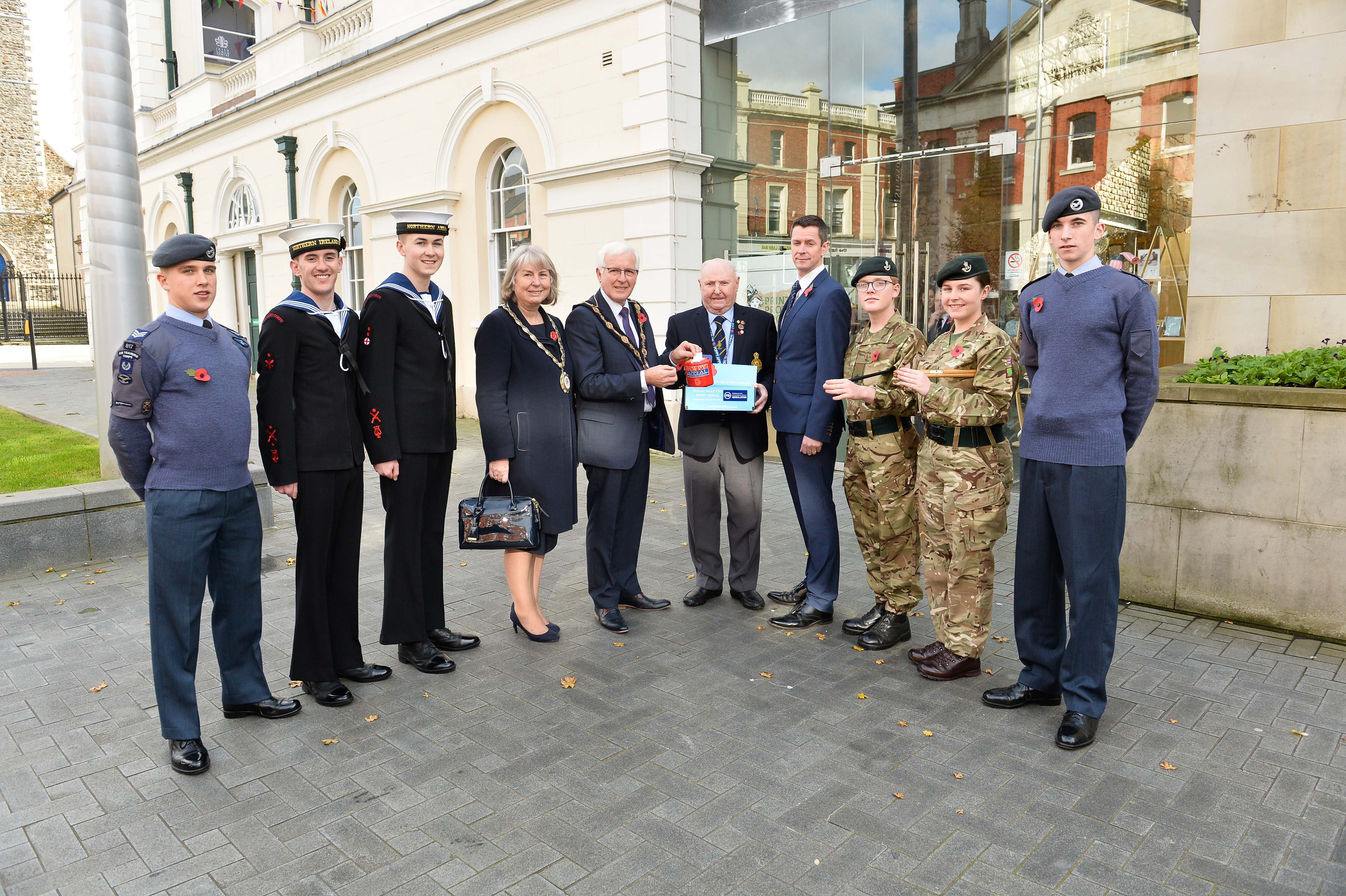 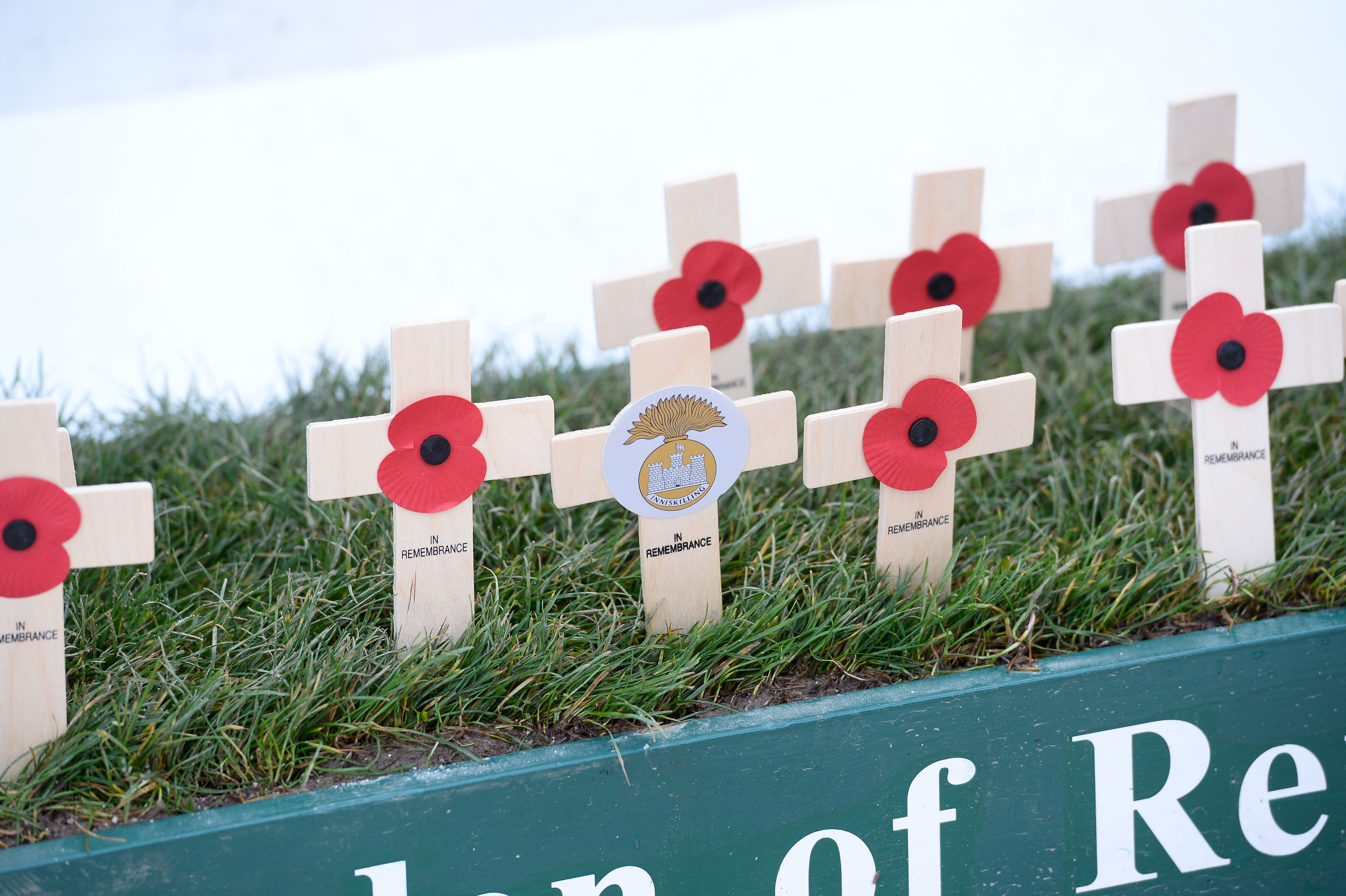 More photos from the Launch can be seen at https://www.facebook.com/LisburnCastlereagh/