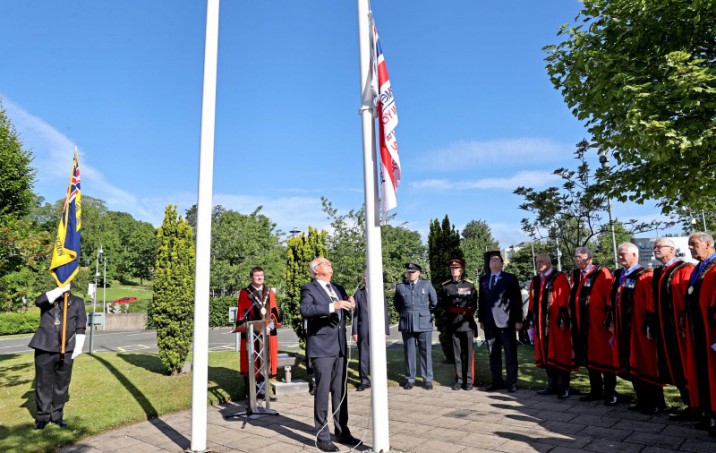 The Mayor of Lisburn & Castlereagh, Councillor Scott Carson, welcomed guests to Lagan Valley Island this morning for this year’s Flag Raising Ceremony in support of Armed Forces Week. The flag is raised annually at the Civic Headquarters to honour the Armed Forces of the past, present and future.

Addressing guests the Mayor said: “Armed Forces Day is a chance to show our support and reflect on what our veterans have achieved, what our current troops are fighting to achieve and the opportunities that will be offered to future generations of soldiers willing to dedicate their lives to protecting us.

“Lisburn has been home to Thiepval Barracks, the Army Headquarters in Northern Ireland for over 80 years and we are extremely proud of our long established history with the Armed Forces in our city. Service men, women and their families have lived side by side with our residents as neighbours, classmates, colleagues and friends.”

Armed Forces Day takes place this year on Saturday 25 June with celebrations commencing on Monday 20 June when the Armed Forces Day Flag is raised on buildings and famous landmarks around the country. The flag is an acknowledgement of the bravery, commitment and achievements of the Armed Forces, and pays a special tribute to those who have been injured or sadly lost their lives in the line of duty.

For further information on Armed Forces Weeks log on to www.armedforcesday.org.uk 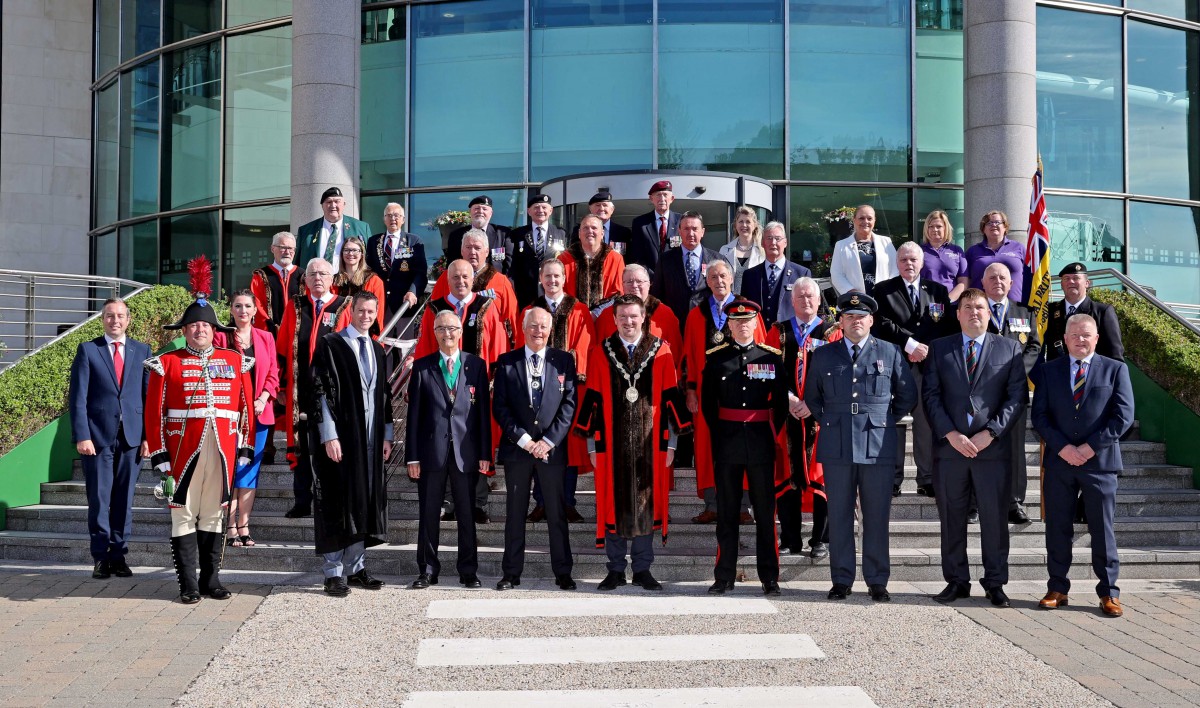