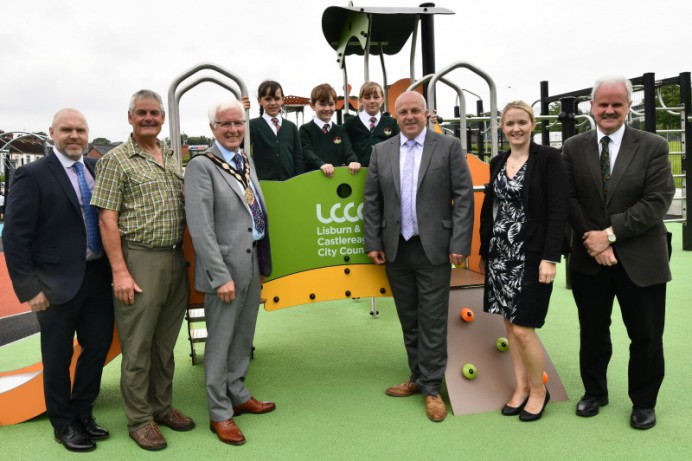 Lisburn & Castlereagh City Council made a commitment to refurbish six local play areas to the value of over £620,000, and is delighted to have officially reopened the last two on 24th June at Colby Park and Moat Park.

Members of the local community, local children and elected representatives attended the openings.

Alderman James Tinsley, Chairman of the Council’s Leisure & Community Development Committee, speaking at the official openings said: “The council is committed to encouraging its younger residents to get active and socialise.  To support them we create state-of-the-art play facilities in local communities across Lisburn Castlereagh.  It is great to see the final two of this round of refurbishments officially re-opened.

“Our local communities are important to us and will play a key role in shaping the future of our area.  Over the next year we will be progressing plans for further play park refurbishments throughout the council area so I would encourage local communities to support us in our endeavours.

“Leisure and play time is vital in the development of a child’s cognitive, emotional and physical growth.  The council is keen to invest in community play parks as safe locations for children to retreat to and relax after a busy day or perhaps expend their excess energy.  As our play parks are for the enjoyment of everyone I would ask that parents know where their children are at all times,” concluded Alderman Tinsley.

Each play park has a safety surface and a range of play equipment to accommodate all abilities of children.  The other play parks that were part of this refurbishment project were: Queen Elizabeth II Playing Fields, Hillhall, Lambeg and Edgar Avenue. 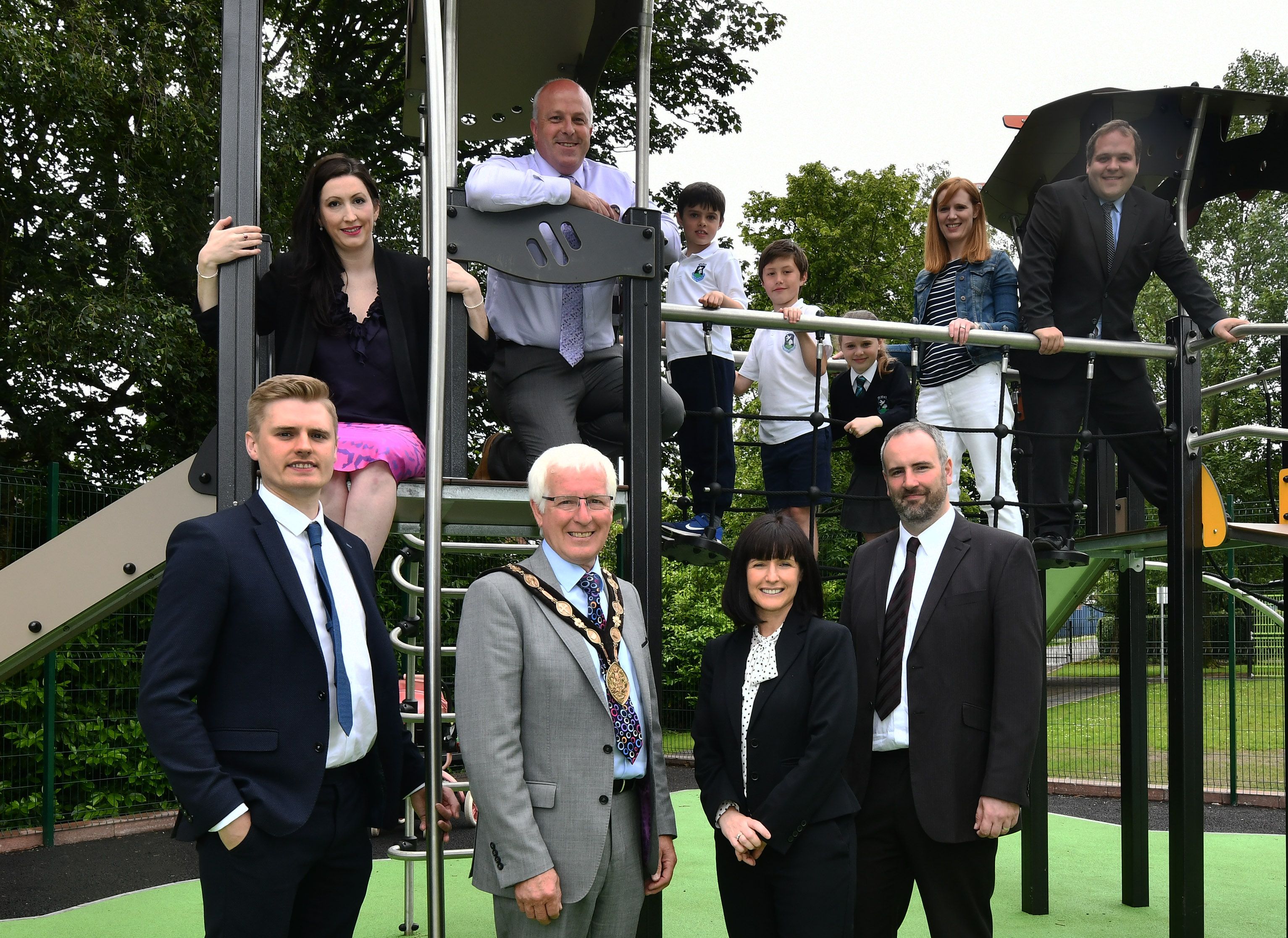