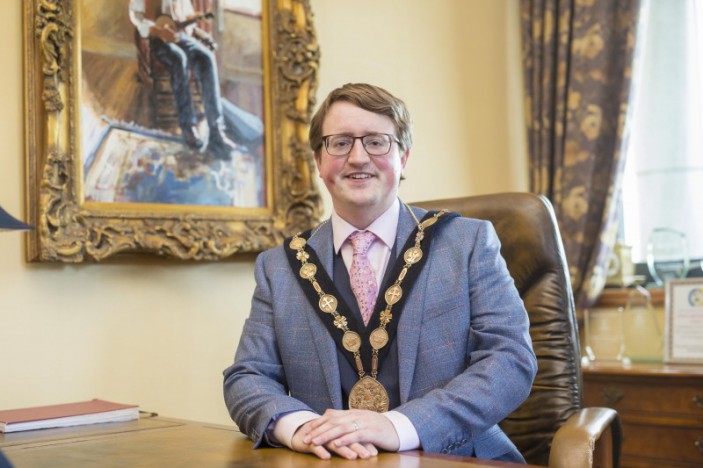 Statement of sympathy from the Mayor, Councillor Nicholas Trimble

The Mayor of Lisburn & Castlereagh City Council, Councillor Nicholas Trimble speaking about Billy Bell OBE JP, said: “Billy is known as the first person to ever become the Mayor of two cities.  Prior to serving on Lisburn council, he was Lord Mayor of Belfast (1979-1980) and was unanimously elected as Mayor of Lisburn City Council for 2003-2004.

“On behalf of the council, I would like to convey deepest sympathies to his wife Leona, his children Julie-Anne, Leona, Willie and Kathryn and their wider family circle at this time.

“Billy saw Lisburn as his home and was very proud of the progress made in Lisburn during both his time serving as an elected representative and as a resident.  I would agree with Billy’s sentiment that the progression of Lisburn as a ‘broad and representative’ city is due to the dedication and commitment of the council in improving its facilities and its communities.

“For 32 years Billy served the people of Lagan Valley (1989-2007) as a councillor and an MLA and Belfast as a councillor (1976-1985).  Having worked as a politician during the troubles he was always committed to getting Northern Ireland back on its feet and building a peaceful future. He was the UUP spokesperson for finance and served on numerous public bodies to improve Northern Ireland in terms of its cultural offering, its healthcare, access to affordable housing and a quality education system.

“It is sad when someone we know passes so quickly in the end.  Billy was a real family man and enjoyed spending time with them after retiring from the political life in 2007. He was a doting and proud grandfather to Stuart, Charlotte, Rebecca, Anna, Leona, Debbie, Stephen and Amy and great grandfather to Ava and Kealan. His family remain in the thoughts and prayers of both council staff and elected members,” he concluded.