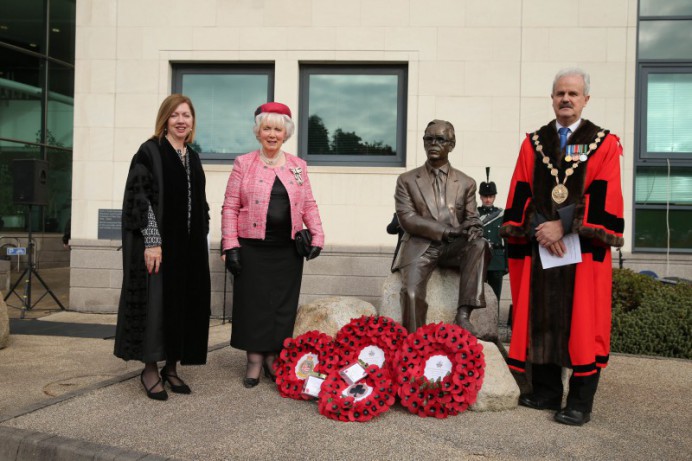 Led by Reverend Edward Gorringe CF, in this the 70th Anniversary of the end of the Second World War in the Far East and the release of the prisoners of war, the ceremony paid a fitting tribute to those who fought including Professor Frank Pantridge and those who gave the ultimate sacrifice in that campaign.

Speaking at the event, the Mayor said, “I would like to thank you all for attending today’s special ceremony. In addition to recognising those who fought and those who lost their lives, we also recognise a war hero and world famous cardiac doctor, Professor Frank Pantridge.

“Known by many as a war hero and world famous cardiac doctor, Professor Pantridge courageously served as a Regimental Medical Officer with the Gordon Highlanders fighting the Japanese in Malaya during World War II. Eventually captured in 1942, he spent the rest of the war in a prisoner of war camp, where he treated fellow inmates. His bravery was acknowledged following World War II and he was awarded a Military Cross. We also remember the selfless individuals who served alongside him in Singapore.

“On his return to Hillsborough, his extraordinary achievements did not stop there: he revolutionised cardiac treatment by becoming a world-renowned pioneer of the portable defibrillator, and this year we celebrate the 50th anniversary of his life changing invention. His determination to continue to improve and save the lives of others was of utmost importance to him.

“Thanks to his outstanding work, miniature defibrillators are a vital piece of medical equipment used in facilities, organisations and businesses, saving millions of lives across the world.

“I know if Professor Pantridge was with us today, he would be honoured and overwhelmed that his work has touched so many lives.

“I would like to take this opportunity to mention the Council’s close relationship with National Malaya and Borneo Veteran’s Association and the Professor Pantridge Trust. The Council has worked closely over numerous occasions to remember those who have died and to inform residents and visitors of the importance of this regiment and its survivors.

“Finally I would like to thank the National Malaya and Borneo Veteran’s Association for organising today’s ceremony and to all the veterans, guests and representatives of the Professor Pantridge Trust. Special thanks also to Rev Edward Gorringe CF for leading our service today.

“I would also like to offer my sincere appreciation to Her Majesty’s Lord Lieutenant for County Antrim, Mrs Joan Christie OBE for being here with us”. 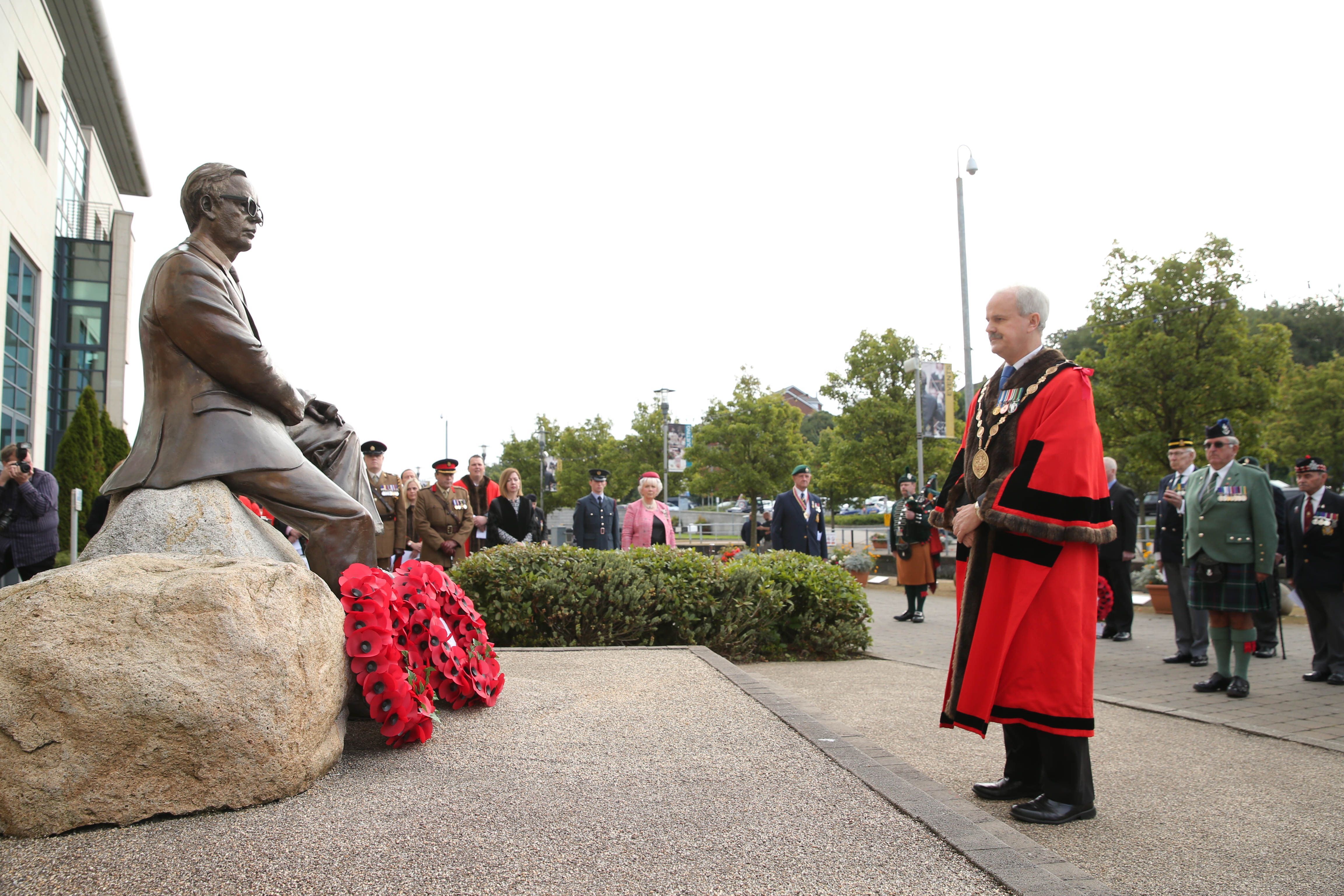 The Mayor, Councillor Thomas Beckett lays a wreath in memory of Professor Frank Pantridge at the recent ceremony held at Lagan Valley Island.