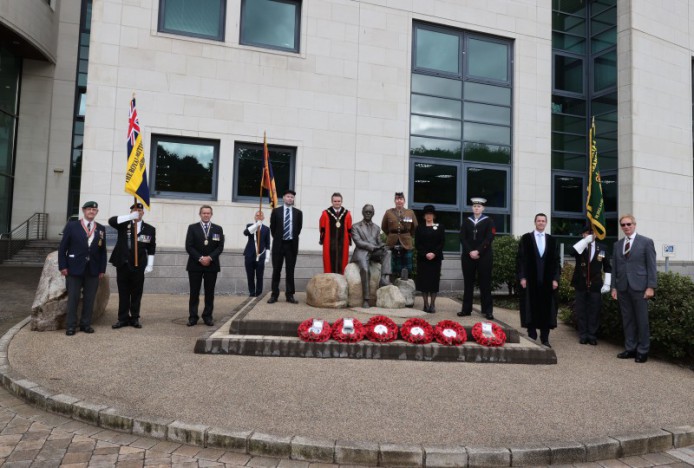 Mayor Martin said: “I’m honoured to be here today to pay tribute to the men and women who bravely served in Singapore during WW2, including our own local hero - Professor Frank Pantridge.

“Earlier this week, we were delighted that the Ulster History Circle unveiled a blue plaque located at Royal Victoria Hospital to Professor Pantridge.

“This annual wreath laying service is of huge importance. It gives us the opportunity to reflect on the sacrifices that were made, while also celebrating a local man who transformed emergency medicine and paramedic services, saving lives across the world.” 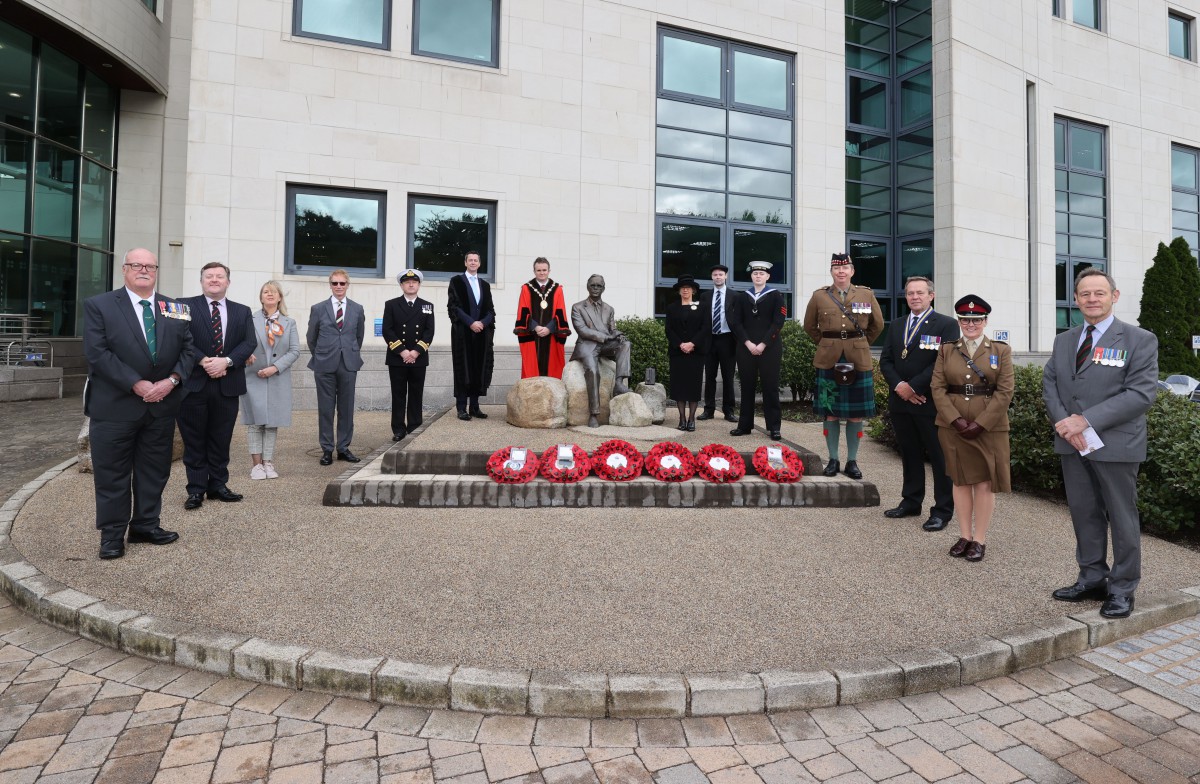 Professor Pantridge was Hillsborough born and bred, having been educated at Friends School Lisburn before embarking on his military service and medical career. He served in the Royal Army Medical Corps as a lieutenant in WW2 and was awarded a Military Cross during the Fall of Singapore when he became a POW. He returned to Northern Ireland in 1950 and transformed medical history with his invention of the portable defibrillator.

In 1990, Professor Pantridge was awarded the honour of Freeman of the Borough by what was then Lisburn Borough Council. It is the highest honour the council can bestow and was given for his contribution to worldwide mobile coronary care.

The memorial event was followed by the launch of Cecil Lowry’s biography entitled 'Professor Pantridge MC'.