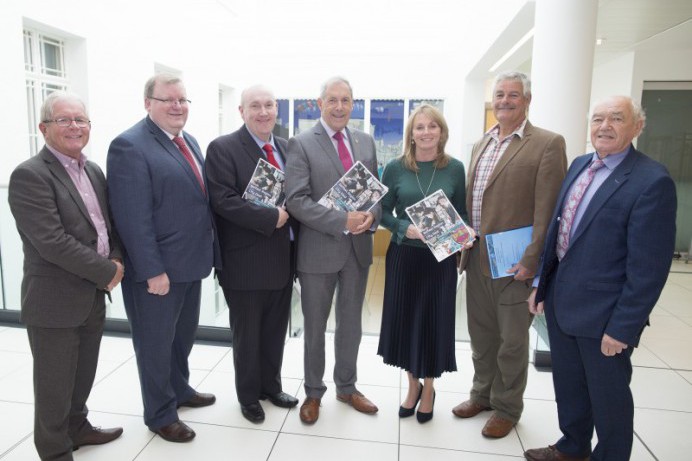 Following months of collaborative working, Belfast Region City Deal Partners, including Lisburn & Castlereagh City Council have submitted their proposals to Westminster, with the aim of securing a City Deal worth £1billion; helping to create 20,000 new jobs over the next ten years.

The Deal will also improve visitor attractions, infrastructure, and digital connectivity, as well as developing a network of regional innovator centres, and delivering a major skills and employability programme with benefits to be realised across the region.

Local projects that have been submitted as part of the Deal, include the Hillsborough Tourism Master Plan, which will build upon planned investments at Hillsborough Castle to create a really world class heritage attraction.

The Council has also worked in partnership with the South Eastern Regional College to develop plans for a leading-edge Innovation Hub in the city centre, creating an e-SERC Centre for Excellence in Innovation and Entrepreneurship.

The City Deal Submission also includes a proposal for the second phase of the Belfast Rapid Transit system, which will present significant economic opportunities for the Council area.

Speaking about the City Deal proposals, the Mayor of Lisburn & Castlereagh City Council, Cllr Uel Mackin, said that the City Deal was an unprecedented opportunity to fast track economic growth:

“City Deal is about bringing jobs, skills and international visitors to Northern Ireland.  Through investment in infrastructure, skills, innovation and our visitor attractions over the next number of years we can expect significant growth in our economy and everyone will benefit from the opportunities this presents.

“We are delighted that, after months of hard work, a number of major local projects are included in the submitted bid, however City Deal is more than just a series of local projects.  Collectively the projects will have a real positive knock on, multiplier effect across the Belfast City Region, and indeed for Northern Ireland.

“Now that the bid has been submitted, negotiations will begin in Westminster to ensure the very best deal is reached for the region, and it is anticipated that an announcement will be made in the Autumn Budget statement at the end of October,” said Cllr Mackin.