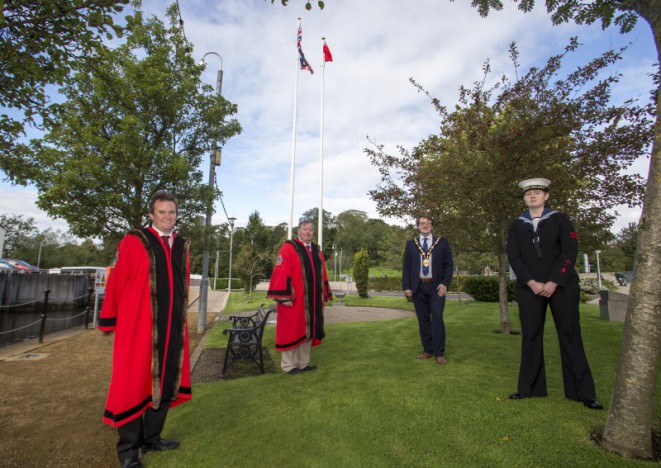 The Mayor, Councillor Nicholas Trimble, was joined by The Very Rev Sam Wright (Dean of Connor), a representative from Lisburn Sea Cadets, along with elected members and officers of the council in raising the Red Ensign - the official flag of the Merchant Navy.

The Mayor, Councillor Nicholas Trimble, commented; “It is a privilege to host this ceremony each year and to recognise the Merchant Navy for its continued service.  I’m proud that Lisburn & Castlereagh City Council is one of 600 councils across the United Kingdom helping to raise awareness of our ongoing dependence on, and gratitude to the Merchant Navy seafarers.

“I would like to commemorate the invaluable contribution of the Merchant Navy during both World Wars – our Merchant Navy kept the UK afloat during both wars, risking the constant threat of attack from German U-boats as they kept supply lines to and from the UK open. Tragically over 40,000 merchant seafarers lost their lives at sea during both wars.

“I would also like to acknowledge the peacetime contributions of the Merchant Navy. As an island nation around 95% of our imports by weight arrive by sea and almost half of the food on our shelves is brought to our shores by merchant seafarers. Without the brave men and women of our Merchant Navy our nation would, quite simply, grind to a halt.”

During the ceremony, the Mayor paid tribute to the brave men and women of the Merchant Navy. Rev Wright also read the official royal message, on behalf of His Royal Highness, The Earl of Wessex.

The flag raising was followed by a 1 minute silence. 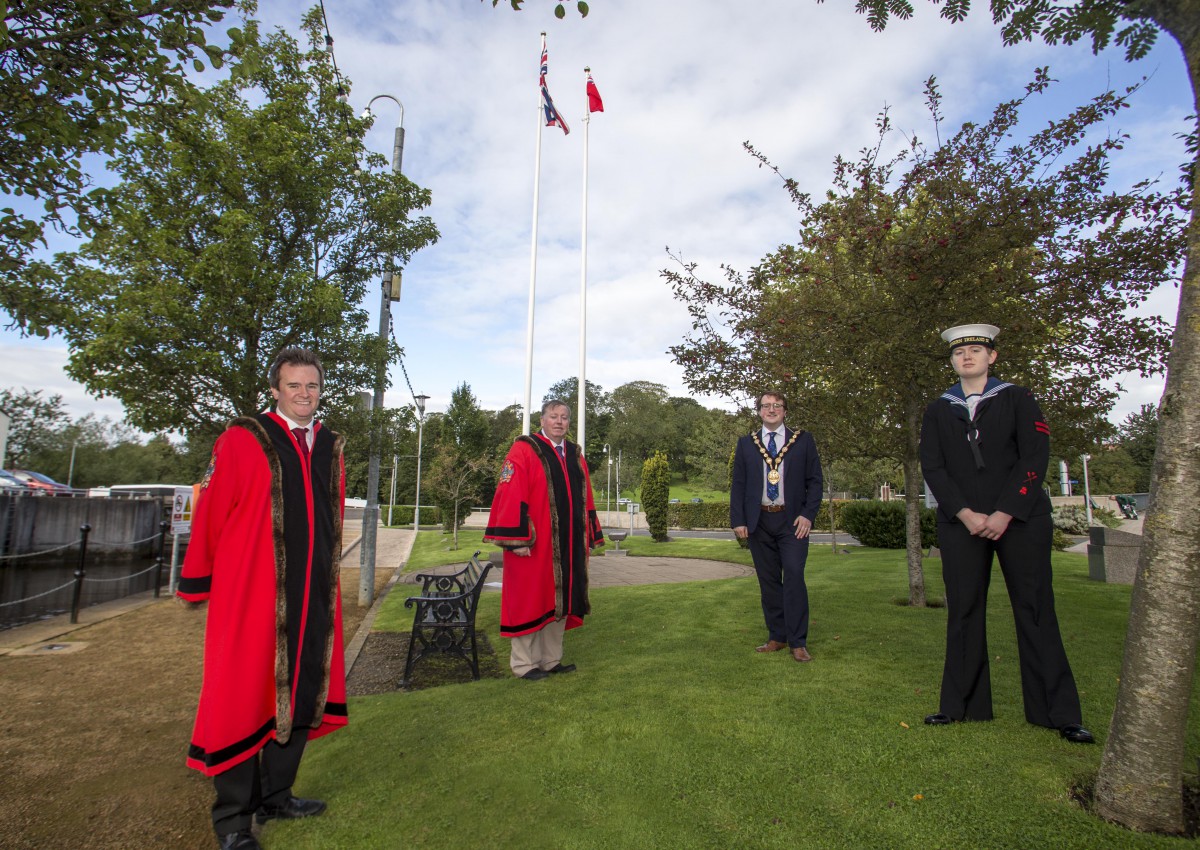