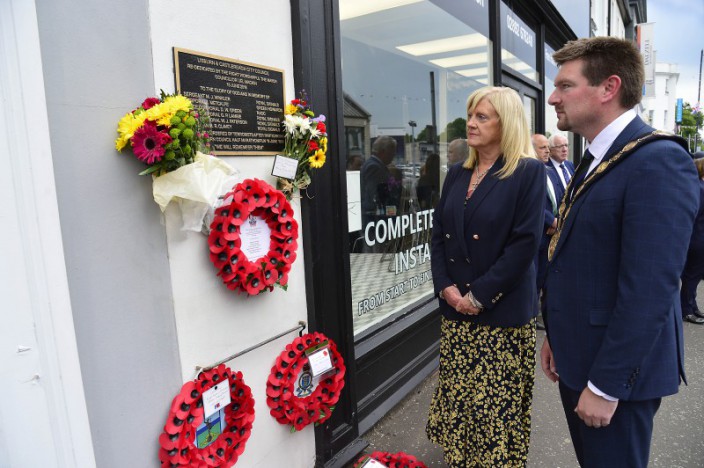 The Mayor, Councillor Carson reflecting on this atrocity, said: “The senseless attack 34 years ago is a dark time our city will never forget. I am humbled to lay a wreath in memory of the six brave soldiers murdered by the bomb, which detonated as they returned to Thiepval Barracks, killing all six and injuring 11 others.

“As a close-knit community we fulfil our duty to mark this tragedy annually.  We pay our respects to the young soldiers who lost their lives on a warm summer evening like tonight. I would like to offer my deepest sincerities to the families of those who died.  This tragedy impacted thousands of people in Lisburn and we acknowledge everyone deeply affected by the destruction of the attack,” said Mayor Carson.